* In case of any delay in receiving the OTP, you may verify it later. Please proceed without verification.

Enter your City name or Pincode

Ramnagar is a small town located in Udhampur district of Jammu and Kashmir and is about 40kms away from Udhampur. This town of temples is hilly and is mainly forested which covers upto 90% of area with scrubby, and secondary growth in many parts. This town is located in mid Himalayan range on the left bank of Kud river. This town has served as the capital of old Bandarlta State. Raja Suchet Singh, who was the brother of Raja Gulab Singh of Jammu  became the ruler of Ramnagar in A.D. 1822. Most of the heritages in Ramnagar were built by Raja Suchet Singh who was not only a gallant general but was also a great connoisseur of arts. 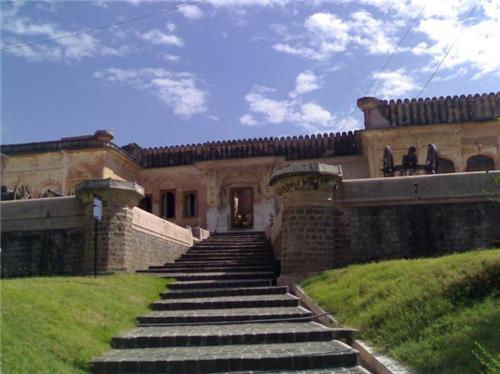 Ramnagar, known for its temples also has many other heritage structures. Chountra Mata, Merhada Mata, Pingla Devi, Chamunda Mata, Jallandhra Mata, Sheetla Mata Temple are some of the prominent shrines in Ramnagar.The tourist spots in Ramnagar are as follows:

This fort was built by Raja Suchet Sing, the great king who ruled Ramnagar from 1822 A.D. to 1844 A.D. This marvellous fort overlooks the Mansa Devi Nallah. The fort has polygonal bastions of about three stories on its four corners and is square on plan. You can also see images of Lord Ganesha, Durga and Hanuman inside the fort. There is a moat about five meter deep around the fort and thus you can reach this fort only by using a narrow bridge over the moat. The fort is also said to have the samadhi of the queen who had performed sati in the year 1844 A.D. after the death of Raja Suchet Singh. The Archaeological Survey of India undertook the renovation of this fort in the year 1972.

The beautiful Palace complex at Ramnagar was built by Maharaja Suchet Singh ad it consists of Nawa Mahal , Purana Mahal and Sheesh Mahal which are located close to each other . These Mahals are all situated atop on slopes giving some picturesque background and a vista of the valley. The approximate location of this palace about 2,716 feet above surface level. Read More............... 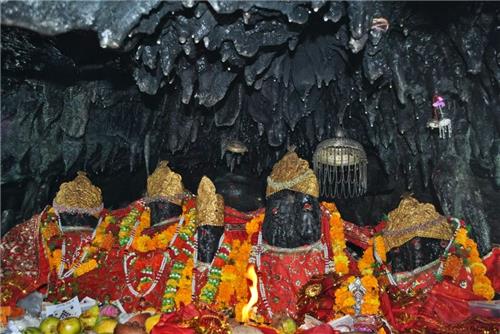 This temple is located in village Pinger which comes under Ramnagar Tehsil. It takes about half an hour to reach this place from Udhampur which is at a distance of about 20 Kilometers. This shrine consists of a small cave where mataji lies in the shape of Pindies. If you see the cave of Pingla Mata from outside, it appears to be a small hole. However, inside the cave there is as much space to accommodate at least 500 people at a time. The way to this shrine is not easy, however the faith in Mata and scenic beauty throughout the way makes the journey of the devotees and tourist a memorable one.

This temple is popular amongst the locals as well as the tourists. This temple resides near Ramnagar Palace. The temple has dol of Narsing ji maharaj where people offer their prayers. It is believed by the locals, that all your wishes and desires will b fulfilled by Narsing Mahraj ji if you have full faith in him. Narsingh Committee  Ramnagar, a Samiti is said to be taking care of this temple in Ramnagar.

This temple is popular amongst locals as well as tourists attracting a huge number of visitors. The crowd can be particularly seen during auspicious Navratri in summers and winters every year. Devotees traditionally  perform this pilgrimages on foot. However now a motorable road reaching directly at Chountra mata temple is under construction. Mata Chountra Prabandhak committee organises this yatra which starts  from Narsingh temple during navratras. There is Akhand jyoti which is lit at Narsing ji temple on first navratra which is then taken to Chautra mata temple in a procession.Not only this, langar are also organised during navratras.

Chountra Mata temple is the place where incarnation of Goddess Durga, the Shakti resides. A carved idol of the goddess engraved on a stone is present in this temple. This shrine is located about 2000m above sea level amidst dense pine meadows and steep mountain slopes. Tyari is the nearest bus road to reach this shrine or else you can also opt for an alternative route from Sunetar as well.

Seoz glaciers is another major attraction in Ramnagar. Not only this, Ramnagar wildlife sanctuary is a place for all adventurous and wild life lovers to be.You can check out all the information about the sanctuary on the page Ramnagar Wildlife Sanctuary.Ramnagar in Jammu and Kashmir is a beautiful unexplored place which is filled with temples and heritage structures. It is a delightful and spiritual experience to be in Ramnagar. Must visit this place once.